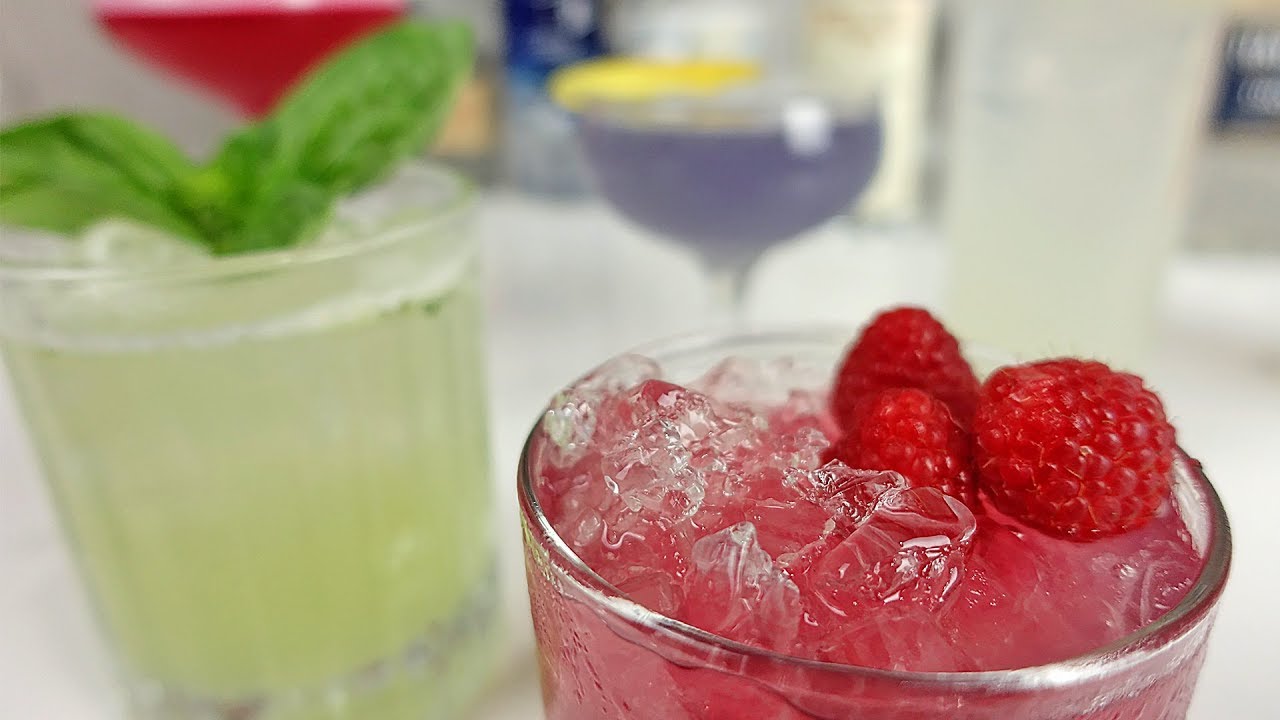 Here are the top 7 gin cocktails based on these votes.

—AVIATION—
The most searched cocktail on the internet back in 2013. The Aviation has been printed in numerous cocktail books – many of which excluded the Creme de Violette, as this liqueur was largely unavailable in the states until recent years.

—TOM COLLINS—
The Tom Collins would be one of the most well known of the Collins’, made using a sweeter style, Old Tom gin. The collins cocktail is a great base to create variations by adding complimentary components and flavours such as elderflower, lychee and other fruit flavours in the form of fresh fruit, syrups and liqueurs. Some collins’ recipes call for a dash or two of bitters but I usually omit this.

—BRAMBLE—
In 1984, London Bartender, Dick bradsell tweaked a classic gin sour by adding Creme de Mure (blackberry liqueur). Use crushed ice so that the Creme de Mure cascades down making a nice visual effect whilst adding a great balance of sweet, tart and fruitiness. Feel free to tweak this by adding a jam whether it be blackberry, raspberry, strawberry or what ever you have on hand.

—CLOVER CLUB—
A pre-prohibition cocktail that was named after a Philadelphia men’s group consisting of business professionals. First published in 1901 in the New York Press. It fell out of fashion by the 1950s and became more of a ladies drink. Traditionally served with no garnish but you can utilise a lemon twist or skewered raspberry if you like. This particular recipe was published in Jeffrey Morgenthaler’s The Bar Book.

The Clover Club bar in NY have created a popular variation with the addition of 15mL of Dry Vermouth.

—GIN FIZZ—
A fizz is a sour lengthened with soda water. It differs from a collins as it’s shaken and has the addition of egg white – you can omit this if you prefer not use egg in your drinks.

—FRENCH 75—
The original version of the French 75 calls for cognac – but gin is the more common choice nowadays. It has a similar framework to a collins with the substitution of champagne or sparkling wine instead of soda.